Grange Farm is a family run farm business in West Sussex.  The farm rears livestock and grows fruit and has been passed through the generations. 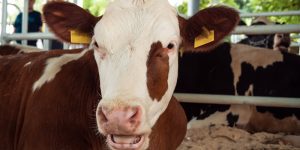 It has been farmed by the current owner, Gordon, since the mid 1970’s. A while ago Gordon explained to our farming team that he was keen to bring the next generation into the business.  During the meeting we discussed with Gordon how a plan could be drawn up to introduce his son and daughter into the farm in gradual stages.

The first stage of the plan afforded Gordon’s son and daughter a small percentage of the farming business.  The original intention was to then pass the ownership of the farm to Gordon’s son and daughter in incremental stages.  However, following the construction of a farm shop on the land which is owned and run by Gordon’s daughter, the plan was amended.  After taking into consideration his daughter’s interest in the new farm shop, Gordon decided to increase his son’s share in the farm.

The succession plan has been tailored to deal with Gordon and his family’s specific needs.  It has been designed to gradually introduce the children into the business, allowing them a share of the profits without Gordon giving away control.

The plan continues to be reviewed on a regular basis and will be progressed accordingly until such point Gordon feels he is ready to step down.

During Magee Gammon’s relationship with Gordon and his family we have provided them with a range of help and advice including:-

“During our relationship with Magee Gammon Andy and his team have helped us with a whole range of things in connection with the farm, from bookkeeping to VAT and tax advice.  When I decided that I wanted to start preparing for the farm’s future I didn’t hesitate to ask Andy to help me bring my children into the business.

He has always given me and my family honest and sound advice and I feel confident that he will continue to offer the advice and support we need to progress our retirement plan.”

More recently Gordon has passed greater control of the day to day running of the farm over to his children which has seen them develop and diversify the business with his son launching his own farming trade enterprise and daughter and son-in-law embracing the farm’s shop and expanding their produce to also include their own poultry business.

Magee Gammon continues to work closely with the Jarvis family offering support to all aspects of Grange Farm business.