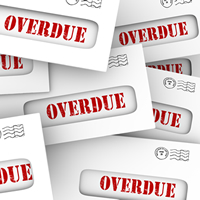 Late payments in the spotlight after Carillion collapse

Small businesses in the UK have long been scourged by late payments, but the problem was brought into sharp focus earlier this year following the collapse of construction giant, Carillion, emphasising the importance of careful credit control.

According to the Federation of Small Businesses (FSB), some suppliers were waiting as long as 120 days to receive payment from Carillion.

FSB National Chairman, Mike Cherry, said: “It is vital that Carillion’s small business suppliers are paid what they are owed, or some of those firms could themselves be put in jeopardy, putting even more jobs at risk besides those of Carillion’s own employees.

“These unpaid bills may well go back several months. I wrote to Carillion back in July last year to express concern after hearing from FSB members that the company was making small suppliers wait 120 days to be paid.

“Sadly these kinds of poor payment practices are all too common among some big corporates. Perhaps if they weren’t it would be easier to spot the warning signs of a huge company in financial trouble.”

With similar practices at other large corporates continuing to create problems for SME suppliers, the Chancellor announced a consultation into the problem as part of his Spring Statement.

FSB research has found that 30 per cent of payments to small businesses are late, with late payments costing the UK economy £2.5 billion annually.

Link: UK Government to consult of late payments to SMEs

Our very own Military Wife!